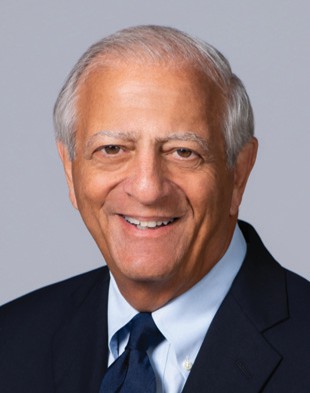 Prior to his retirement, Jaffe was Chairman and CEO (Managing Partner) of Proskauer Rose, a 140 year old New York based law firm with 750 attorneys with 12 offices on four continents.

Jaffe is an honors graduate of Cornell University and Columbia Law School where he was an editor of the Columbia Law Review.

As a volunteer, Jaffe has spent more than 35 years working for a variety of charitable and social services organizations.  He recently completed his term as Chairman of the Naples Senior Center where he continues to serve on the NSC executive committee and board.  Jaffe was elected in 2021 as a member of the 8 person board of the Mediterra Community Association which is responsible for the 33 neighborhoods in the Mediterra community, where he and his wife have resided since 2014.  Jaffe completed two years of study and participation as a member of the Greater Naples Leadership Class XXII.

Prior to his election as Chairman of his law firm, Jaffe was a mayoral appointee to the boards of directors of the New York City Public/Private Initiatives Inc, New York Sports Development Corporation, and Mayor’s Fund to Advance New York.