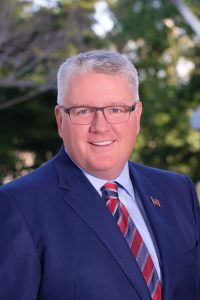 Gary B. Price Jr.
Fifth Avenue Family Office
Gary is a Principal and Founder of Fifth Avenue Family Office in Naples, a Multi-family office focused on serving the needs of entrepreneurs and their families. He is a 28-year veteran of the financial services industry. Gary’s public service for the past 19 years consecutively for the City of Naples started in 2001 when he was appointed to the Planning Advisory Board. He was appointed to a seat on the Naples City
Council in September 2005; then elected to the same office in February 2006, 2010, and now for third term in 2018. Gary served as the Chairman of the Naples Pension Board for eight years.

Gary has also served on many charitable boards including The Ronald McDonald House of Southwest Florida, the Boys and Girls Club of Naples, United Way, and the Naples Art Association. In January 2013, the Governor
and Cabinet of the State of Florida appointed Gary to the State Board of AAC, where he served for four years. He is a Leadership Florida Class XXXII Alumni.

He attended Ohio State University where he earned a BSBA in Real Estate and Urban Analysis. Gary completed the exclusive Program on Negotiation at Harvard Law School. For the past 14 years, he has maintained his qualifications as an instrument rated pilot. Gary has been married to his wife Kim for 28 years and they have two children. He and his family
belong to Moorings Presbyterian Church for the past 20 years.