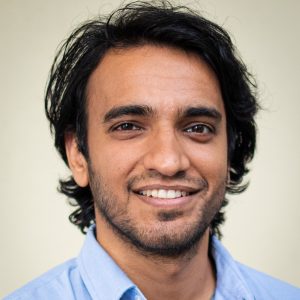 Aseem Upadhyay is the first volunteer at The Naples Players (TNP) from New Delhi, India.  He moved to the United States six years ago when he went to graduate school at Michigan Technological University.  Aseem now works for Oracle in the hospitality division and is joining us for his very first TNP production, By The Way, Meet Vera Stark, where he plays Max/Peter.

While he loves being here in Naples, it is a very different place from New Dehli, Aseem says, “there’s very few people, it’s really spread out, and there’s not too many people walking.  It’s very laid back and not fast paced.  Not like New Delhi where it’s busy and everyone is running around.”

This may be Aseem’s first production here at TNP but he started by taking class with Jessica Walck (Associate Artistic Director) who wisely encouraged him to audition.  “I initially thought that it was a closed group, I didn’t think just anyone could audition. The audition process was more fun than I thought! All of the people sitting on the panel were really nice and I figured out that there were a lot of veterans who’ve done many shows here.  It wasn’t intimidating because I didn’t expect anything – I was just there because Jessica suggested it!”

The first production Aseem saw at TNP was Something Rotten! “I was sitting right in the front and the music, lighting, sets, and actors were incredible.  I also attended Something Rotten Teen and the kids were amazing too.”

At the time of this interview, Aseem had just begun the rehearsal process for By The Way, Meet Vera Stark and shared, “so far it’s been good – we’ve done two table reads and it’s been going well! It’s one thing to read the play but another to see everyone put their own touches on their character.  I can see how fun it’s going to be when we perform it on stage.”

No stranger to performing, Aseem has not only done theatre before, he is also a musician.  “I play locally at a lot of spots and after the pandemic, I moved to NYC because I wanted 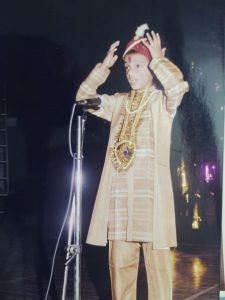 to get into musical theatre.  I auditioned for some off Broadway stuff before coming back to Naples.  It’s been a long time since I’ve performed – I did a lot of theatre in India. There’s a type of theatre back home called ‘street theatre’ where there’s minimal props and it’s about social issues and educational topics to raise awareness about them.  I also was in the orchestra pit a lot where I played piano.  Ever since I’ve been in the US, I’ve been focused on music.”

Aseem travels back to India once a year to see family and shared that his entire family almost moved to the United States in 2001.  “My Dad was living here – he’s a scientist and worked for NASA.  In the late 1990’s he decided to move here and worked for Quest Diagnostics in Jersey City.  In 2001, we had our visas ready and my little brother and I were prepared to move here but then 9/11 happened.  My Dad was concerned we would be bullied in school because it was a hostile time for brown people so we didn’t wind up moving.  But, I think about it a lot and how life would have been completely different had I moved earlier!”

Just as Aseem shares his different perspective of September 11, By The Way, Meet Vera Stark gives us a vantage point of Hollywood that we may not have seen previously. Aseem says, “this particular production is very focused on one community and their struggles and it’s the first time something like this is being done here at The Naples Players.  It gives you a new perspective and you see the struggles of the black actors.  It feels very realistic and I’m excited to be a part of TNP history.”

Similar to the way India’s “street theatre” presents social issues through performance, Aseem explains that this production takes on this heavy topic in an entertaining way.  “The part I am the most excited about is that By The Way, Meet Vera Stark is a satire – it’s very witty.  I believe it will make people think and I’m excited for the audience to experience it.”

As a musician with a passion for theatre, Aseem hopes to write and produce his own musical with his brother, who is also a musician and currently studies at Texas A&M. “We have a lot of ideas – if it’s something that happens then TNP would be the starting point of it!”

All of us at The Naples Players hope to see Aseem and his brother produce a famous musical one day and we are so happy to have a new friendly face in our volunteer family!