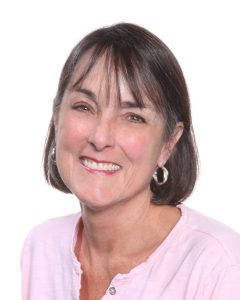 It’s hard to imagine 5th Avenue South without all the glamorous bars, restaurants, boutiques, and 365 days of glitzy Christmas lights. It’s also hard to think back to The Naples Players (TNP) before their state of the art Sugden Theatre was built.  Yet, most long term residents can tell you both had humble beginnings!

Judy Scribner has been in Naples since 1974 when “5th Avenue was nothing like it is now. It was all family owned stores. We had banks, a pharmacy, and a telephone store. I think we had a parade too.” No stranger to theatre and performing, Judy joined the Charleston Opera Company in college where she “never had to sing opera!”

Amazingly, Judy has been involved with TNP since the days that the company operated out of a small storefront in a strip mall on Davis Blvd.  Her first production was in the early 1980’s when she debuted in South Pacific. Back then, the company performed at Gulfview Middle School. A few years later in the mid 1980’s, TNP renovated an old movie theater – The Kon Tiki – on Goodlette Road to turn it into a more traditional theatre.   After that, the organization raised the money to build the Sugden Community Theatre on 5th Avenue South.

“There was a big difference when they opened the theatre on Fifth. In Goodlette Road (renovated movie theatre), people who worked there did everything, there were no different departments.”  In TNP’s new theatre, there were production, costume, and lighting departments – even administrative space. When Judy arrived at the Sugden Theatre, “we realized we were just the cast” and she joked, “I guess we better learn our lines!”

In 2000, Judy took the stage again in Lost in Yonkers and took a break until 2019 when she performed in Always a Bridesmaid. “With the gaps, things changed every time so I 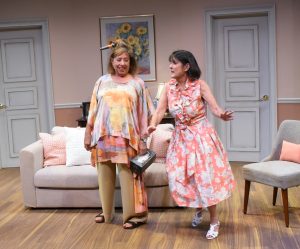 didn’t know what I was coming back into. Each time I came back it would be for a show.  I would get the bug (to perform) again and audition.”

A person of many talents, Judy also works concessions.  “I ushered briefly before I started working at the bar.  Occasionally I help with ushering if needed.  The group of people at the front of house all like each other and get along- we know we have folks we can just laugh with.”

As far as her experiences with TNP, Judy is amazed by “the display of loyalty that our audiences have for us.” During Always a Bridesmaid, the air conditioning went out and 99% of the audience stayed in the Tobye Studio even though it became hot.

Of course, the cast continued to perform. “I’ve had so many experiences- I’ve seen cast members or technicians who have clearly run into a problem on stage and they just keep going. The tech people I’ve had the opportunity to be around are incredibly talented people.  What the audience doesn’t get to see is the talent of those technicians; it’s really wonderful to see.”

The theatre has come a long way from its beginnings in the living room of Henry & Mary Watkins in the 1950’s.  Judy points out that, “there are threads going through each transition. On Goodlette Road, the quality of the shows back then made people want to donate.  Some of the people from the 50’s came to the Davis Blvd storefront. Then, some of us from Davis Blvd came to Sugden. There is a long history with threads,” connecting everything, and everyone, together. 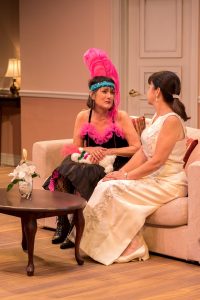 As for present day, Judy’s dedication to the organization is greatly appreciated by everyone at The Naples Players!  Director of Patron Services, James Duggan, says that Judy is, “extremely reliable and often covers volunteer slots that need assistance throughout the entire season.  She is a hard working volunteer who cares deeply for the organization and its growth over the next several years.  Judy goes above and beyond her typical volunteer duties and always assists where she can.  She is easy going and always willing to step up for whatever is needed to make the patron experience top quality.”

Judy is actively involved in Readers Theatre (including their new podcast series!) where she works with Michael Troop. She says, “I always feel very fortunate to work with the folks that I do.  Nothing beats the excitement of the casts and families of KidzAct or Sensory Night.  I am very interested in and excited about the renovations.  The Naples Players is a Community unto itself and gives many of us a kind of sanctuary from the daily rush.”

Take a moment to say congratulations to Judy on being our September Volunteer of the Month! Thank you Judy!