From ballet dancer to actress and scientist, is there anything Tina Moroni can’t do?!

Originally from Williamstown, New Jersey, dancing and acting never overlapped for Tina. She danced professionally until she was 25 years old and, when she went to UCF for forensic science, she realized she couldn’t keep up with both school and dancing simultaneously. 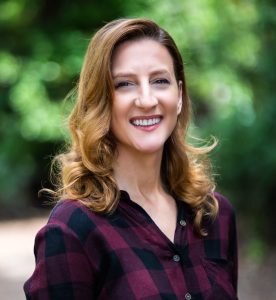 Once Tina stopped dancing, she found a passion for acting. Even though she left professional dancing, her methods for approaching a play are similar to the way she would learn a dance. “For me, there’s a high marriage of physicality with acting. I struggle with learning lines until I know where I’m moving or what I’m doing. As a dancer, you’re trained to see and then do. See the routine, do the routine. This trained me to be able to mimic every motion and emotion. It helped a lot with any non-verbal communication. There are moments in a play where you want to convey a specific emotion without words and you need to know how to show that in some way.”

Tina holds a Master’s Degree in DNA and serology. She works for Neogenomics in Fort Myers where she does molecular testing for cancer. Someone from a non-dance background might think a passion for ballet and a passion for science are just about as opposite as you can get! However, as Tina points out, in dance

“You have to be very analytical. There is a structure, and there are rules and discipline. But you have to be able to think outside the box and be creative to have a breakthrough in either field.” 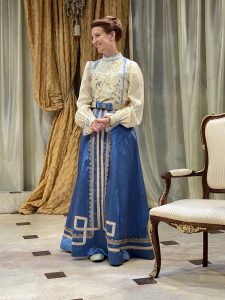 Tina Moroni as Lady Gertrude Chiltern in An Ideal Husband

It’s been so long since Tina danced full time that it all feels very nostalgic to her now. “It’s been about 15 years since I danced professionally. I moved into social dancing where I started learning salsa, cha-cha, and rumba and started competing in salsa. They are completely different techniques (ballet and social dancing)!” Social dancing is also how Tina first met her husband.

When Tina was new to Naples, she googled the theatres around town to begin her research. “Of course, at first I drove by (TNP) like a weirdo,” she jokes. After further investigation, she says “The Naples Players has the highest quality productions I have ever seen. I just had to wait for the right play. Maple and Vine came along and it was Bryce’s first direction experience for a season that he had picked. (When he first arrived, he inherited someone else’s season). Maple and Vine was in the Tobye Studio Theatre and a bit controversial- a real meaty play.”

Tina feels a strong connection to TNP and the community around it.

“We moved around so much and I’ve been to theatres all over the country. I don’t think I’ve experienced a situation where I knew everyone in the building. It may sound trite but it is a family situation here. Naples is a tight knit community and TNP has meshed itself in. It’s a home feeling and…there’s dogs!” 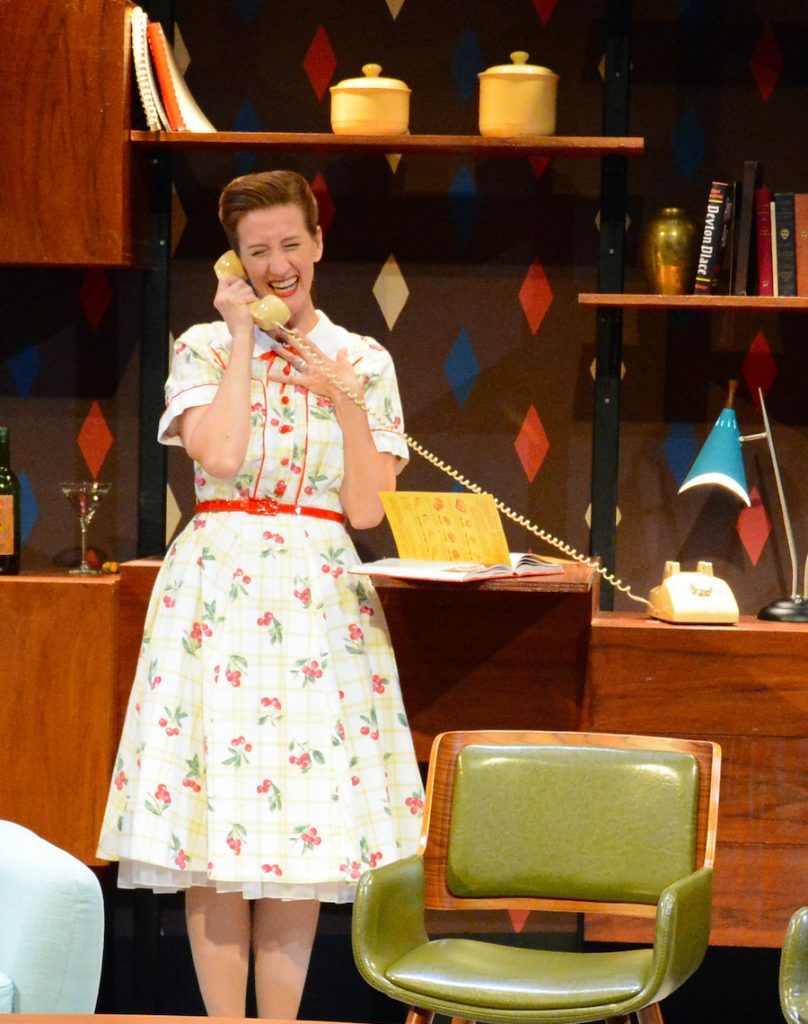 The Naples Players has given Tina so many opportunities to utilize all of her talents; such as choreographing for Yours, Truly and The Great Gatsby. Not only that, but Tina had never used her voice on stage before. “This was the first time I’ve done a musical and the first time I’ve had to sing on stage.” (In ballet, all expression is communicated through movement and mime). “The level of coaching you get for a show is very upper level. I don’t know if people appreciate the kind of resources you have here. The KidzAct kids have incredible training. All of the kids know how to sight-read (reading a small portion of a script with no preparation); they can just perform because they’ve been taught to do this. In rehearsals, it’s usually ‘Okay we have to get the adults to catch up with the kids now.’ They really create a safe space for you to push yourself and develop new talents.”

As far as her future with The Naples Players is concerned, Tina is “very into clothes. I will audition for a show just for the costume.

If I were to see myself someplace here (other than on stage)- I would love to do costume design for a show. I could get lost in the (costume) shop and just never come out! I love costumes and learning about the history of them.”

Be sure to look for Tina as Lady Gertrude Chiltern in An Ideal Husband (May 19th-June 13th)! We’re so grateful to have such a wonderful cast with diverse performing backgrounds; everyone brings something unique and different to our stage and we love to watch it all come together.